18 July 2019 Get behind the scenes of ArchDaily Brasil 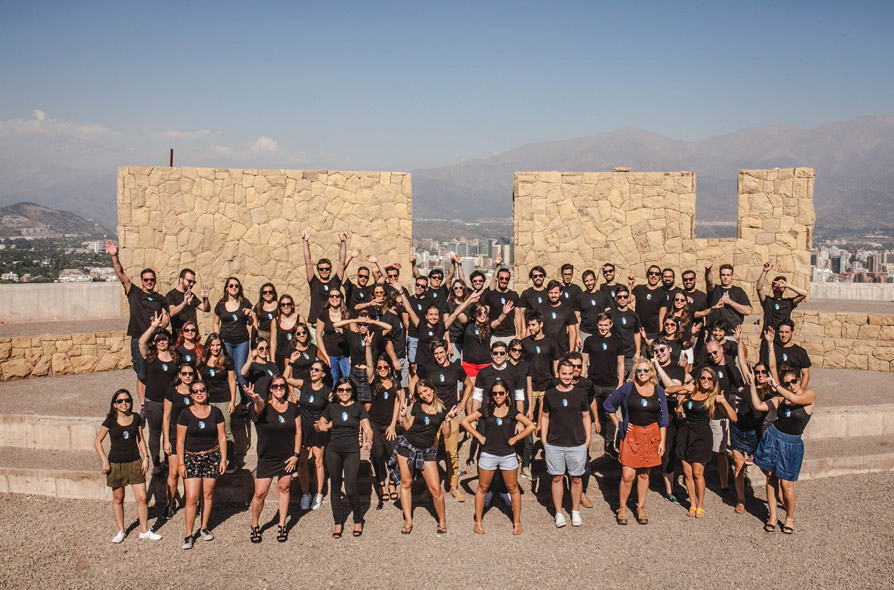 *Get behind the scenes of ArchDaily Brasil

When I started my studies to structure the Lorí Crízel + Partners portal, I always had ArchDaily as the main reference, considered one of the most respected architecture sites in the world. Regarded by architects and designers as the “Google of Architecture”, ArchDaily has managed to give visibility to thousands of projects, in addition to spreading in-depth knowledge about the architecture market on a worldwide scale.

Therefore, to satisfy my curiosity and the one of those who, like me, access this virtual platform daily, I had the opportunity to have a very productive chat with one of its editors here in Brazil, the architect Pedro Vada. Check out the behind-the-scenes portrait of ArchDaily, revealed by one of its editors.

With eight years on the air in its Portuguese version, ArchDaily is a portal of Chilean origin that began in 2008, in the Spanish version. Before that, its creators invested in the creation of the Arquitectura platform and later in Urbana, both in 2006, verifying the great appeal that the subject generated on the internet. The architect Pedro Vada, one of the five editors who work on their daily update here in Brazil, has already dedicated five years to the portal in the Portuguese language.

As Pedro explains, the coverage of projects and news from the architecture scene on the portal is done by the segmenting of the language. “Nowadays, ArchDaily, which started in the Spanish language because it originated in Chile, is also produced in English, Portuguese, and Chinese. In other words, the projects that we disclose in ArchDaily Brazil also cover Portuguese-speaking countries, which include Portugal and African countries, and not just the works done on Brazilian soil. In addition, we work on translating works published in ArchDaily in other languages, such as English and Spanish, into Portuguese”, explains Pedro.

Structure of ArchDaily Brasil
* 5 editors, all of whom are architects;
* 4 editors are in São Paulo and 1 in the city of Florianópolis;
* 2 trainees, architecture students;
* 8 professionals responsible for the translation;
* 1 commercial contact.

The architect Pedro Vada says that the creation of ArchDaily had as one of its references the acclaimed magazine Domus. Upon realizing the prestige that the publication assumed in the area, and its limitation on the number of projects disclosed because it was originally printed material, ArchDaily’s founders decided to invest in a virtual platform that would unrestrictedly disseminate the proposed innovations in the area in real time.

“Domus magazine, up to today a reference for architects worldwide, dealt with publication periodicity and page limits. ArchDaily, on the other hand, did not need to limit itself to neither of these two factors, being able to broadcast an unrestricted number of projects, with daily updates”, explains Pedro Vada. The acceptance by ArchDaily was such that, in six months on the air, it already exceeded the number of accesses of the online version of Domus magazine.

As Pedro Vada explains, ArchDaily has as a guideline to give visibility to architectural solutions implemented around the world, updating professionals as to the use of techniques, materials, concepts, and authorial design of the projects disclosed.

“Those who think they will find in ArchDaily only those pharaonic projects, of great expressiveness and millionaire budgets, are wrong. Our premise is to pay attention to what new thing are being done, even if it means giving visibility to a low-cost project, but which is executed with originality and functionality”, defends the editor.

Once a year, all ArchDaily editors and technical staff, distributed around the world, gather for a week in Chile to immerse themselves in the world of architecture, which they help to promote. On these meetings, the guidelines followed by the portal are outlined, it is discussed advances in the portal, the conduct of the editorial line, and the technological development applied to the platform.

How to have a project published by ArchDaily?

To have a project published by ArchDaily, the editor Pedro Vada advises that it is necessary to register it on the website in the project submission tab, filling in all the specification and detailing steps requested in the technical sheet. Therefore, anyone who thinks they can afford to have a project published on the virtual platform is mistaken.

Precious tip from the editor:

Send good images of the project. “The combination of a complete description added to good images helps in choosing the project, which still needs to be curated by the editorial board”, he claims.

ArchDaily does not work with paid project disclosure. The ads marketed on the website refer only to advertising spaces made available on the page. For such a thing, the portal has commercial offices in the United States, Mexico, Brazil, Peru, Colombia, and Chile itself, its country of origin.

* On average, there are 1,200,000 monthly accesses to ArchDaily in the Portuguese language;

* On average, 1 million daily accesses to ArchDaily in English;

* Database with more than 40 thousand projects published in all available languages;

For the architect Pedro Vada, dedicating part of his time to evaluate and publish projects on ArchDaily is an activity that keeps him constantly updated.

In addition to being the editor of the main Architecture portal on the air these days, the architect is still divided between teaching at two colleges, taking a master’s degree in Urbanism at the Architecture and Urbanism School at USP, and coordinating the cartography laboratory.

“Through my work at ArchDaily, I can keep myself constantly updated and take the latest in the world of architecture to the classroom. As well as being able to bring answers to the questions raised by the students, which show what are the points where we need to advance in the profession. A true exchange of knowledge that helps to enhance the profession and those who are dedicated to it”, he reflects.